Baie-des-Chaleurs is one of the major tourist destinations in Gaspesie and has more to it than just tourism. Carleton Marina, a protected water area in the Bay, is known for its business tourism. The tremendous beauty of the Bay and warm waters due to its microclimate makes the beaches one of the best in the world.

The seaside resort with beaches is an area that looks quite grandiose, with mountains sceneries and a climate that is waiting to seduce you. At the Carleton Marina, many events happen, and the feeling of festivity is truly electric. The place is renowned for music festivals, artistic events, sports competition and public markets. The event can be as simple as gathering around the campfire or on the beach with a guitar, all that matters is the celebration, and the Bay is renowned for its celebratory spirit.

Some of the events that dominate are listed:

These events are exclusive to Gaspésie and a visit during this period would be great fun. Organize your business events during the festival season and make the most of it.

Know More About : All About Ice Fishing And Hunting Passions

The complete overview of the hypothermia and cold water 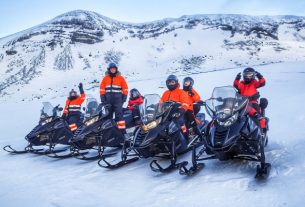 What to Know about Snowmobiling on Ice?