The Milwaukee Brewers lost late to the Atlanta Braves in what could have been Dave Bush’s best performance of the year. It is times like this you really feel sorry for a pitcher. Bush only allowed one run in seven innings pitched. The Brewers had what looked to be a win up until the seventh inning when the Braves managed to get seven runs on the Brewers for their biggest inning of the year.

Since the game was not on FSN I managed to get to see it on TBS, the Braves home station. I was shocked at how well the game was broad casted. They went into complete detail about the Brewers players including the home run race, which was added on again today by Prince Fielder. They also covered how Braun was a rookie and putting a good show on so far. I also learned that yesterdays pitcher removal was not due to a re injury, but a shoulder popping out of his socket. This has happened in the past and he has realized that he should not pitch after it happens. The Braves organization doesn’t think it will be too serious and he should start on his next regular day.

With Prince Fielder’s home run today he set another franchise record tying Gorman Thomas with the most home runs in one month, 15. Prince still has one day left of the month. If he gets a homer against the Marlins tomorrow he sets the record, as a second year player! Ryan Braun also had another RBI today showing how great his bat is. Derrick Turnbow was slapped with the loss after he showed yet another disappointing outing. The Brewers take on the fish tomorrow at 7:05 at Miller Park. 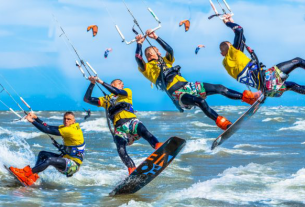 What Are The Different Types Of Water Sports? 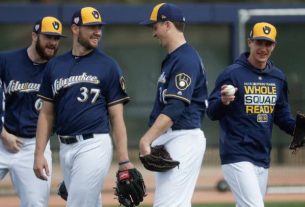